Originally released in 1974, Big Fun presents music from three different phases of Miles Davis's early-seventies "electric" period. Sides one and four ("Great Expectations" and "Lonely Fire") were recorded three months after the Bitches Brew sessions and incorporate sitar, tambura, tabla, and other Indian instruments. "Ife" was recorded after the 1972 On the Corner sessions, and the framework is similar to tracks from that record. Recorded in March 1970, "Go Ahead John" is an outtake from Davis's Jack Johnson sessions. 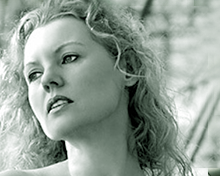